Attending meet-ups, workshops and conferences is a brilliant way to absorb new knowledge and gain different perspective. There are times though, when you feel the community is lacking these kinds of events. This is a story about how my friends and I started to organise a series of meet-ups – the obstacles we faced and how we overcame them.

How it all started

Couple of years ago, a community of UXers in Slovakia was created. It started off as simple Facebook group. The owner of this idea started to organise meet-ups with talks. She would invite various people from different fields to talk about subjects that matter to UX oriented people. These meet-ups would repeat on a bi-monthly basis.

I enjoyed attending these events. They were always filled with interesting information and it made me realize there is a community of people caring about the same thing I am. Even though I sucked at networking, it was good to learn from more experience people in the field.

Since all good things must come to an end, these meet-ups were over not long after I started paying attention to them. The organiser left the country to travel a bit and explore the world. She asked if there was anybody who wanted to take over, but there was nobody. At that very moment an idea was seeded in my mind – I wanted to continue these talks. I had no experience in organising anything, I had no connections and because of it I lacked the proper drive to take over.

Some time later, others have started working on events of different nature. There was a big survey filled with all the people working with UX in the whole country. The numbers of total replies were pretty low – the UX community was small. Another event was a workshop taking place in a coffee house. It was simply amazing. Quality of the talks, the  interesting exercises, the  beautiful photos, the casual atmosphere, the thought-through branding – it was all amazing and it inspired me to start thinking about my previous idea to resurrect the talks.

It took time and lots of meetings. I grew few contacts somehow – I honestly have no idea how. I simply wrote to people and once they replied, we had a nice chat and I learned they are mortals just like me. I talked about the idea to organise meet-ups similar to the ones that happened before, but this time I would also apply all the inspirations I gained from the mentioned workshops. I gained support.

But that was not enough to start this enterprise. I had my vision and my goal, now I needed others onboard. I set out to pitch the idea to my former colleagues who I knew would be interested. And they were. We had lots of discussion, gathered our mutual visions and goals and shaped them into a strategy. We used the survey that was done before to make informed decisions.

We decided to focus on expanding the community and sharing the knowledge inside it. We were a team of 4 and we had roughly 4 months to prepare for the very first meet-up. We set the deadline for February. That was the month we wanted to reveal the fruits of our effort to people. 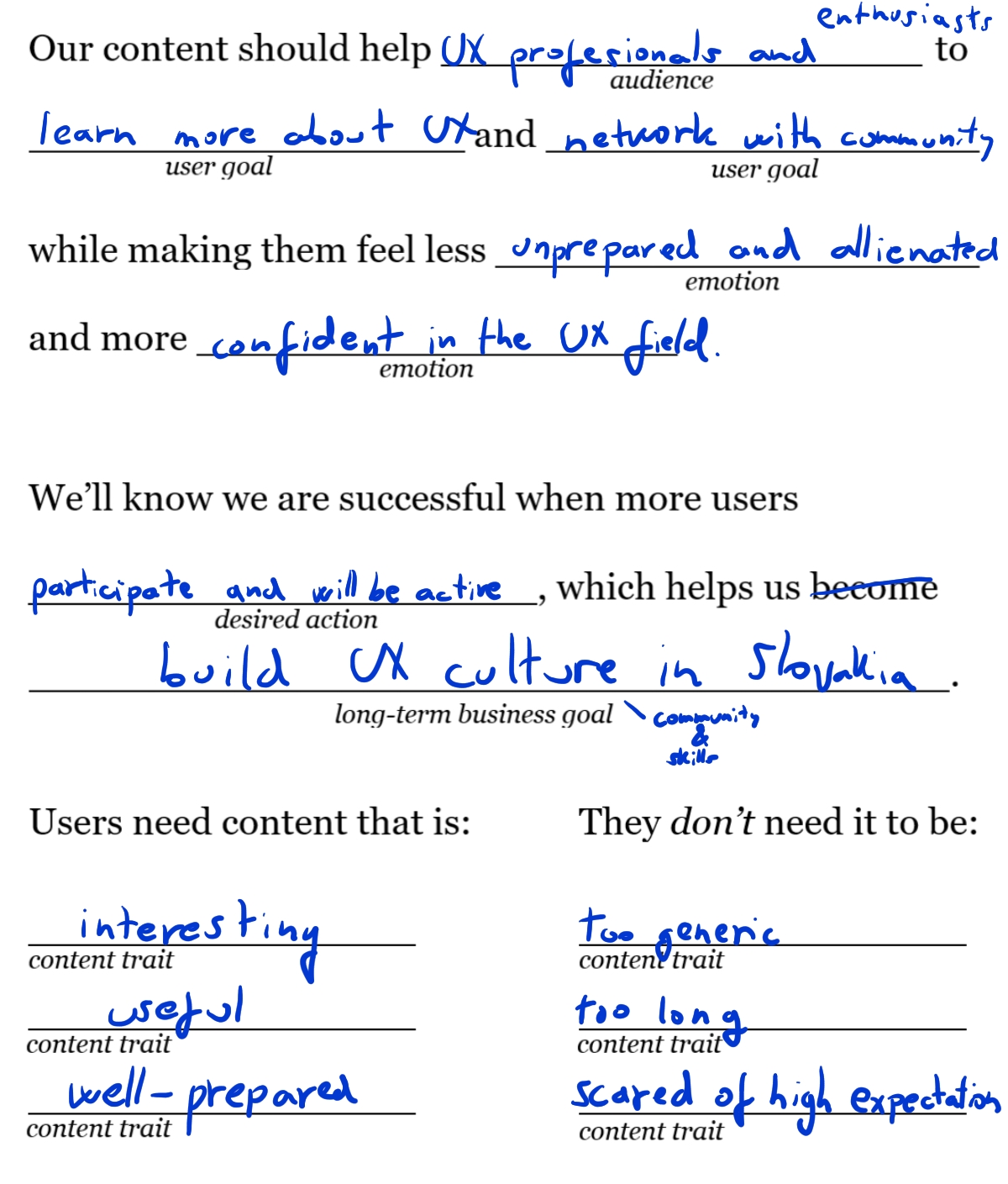 When we had a strategy in place, we started to work on a branding. We had an excellent graphic designer that created the whole identity of the project. She spend month picking a font that would suit the needs based on dozens of parameters. After that, the icon was iterated on and made. Once that was done, the colour scheme was proposed.

The branding was so agile, it could have been be used with any colour, on any background, at any size. It was truly a masterpiece.

We understood that brand is not just about visuals – huge part of it is how you communicate. That is where second member of our team came in. As a copywriter, she created the tone of voice, the posts, the language that we used. It felt different from all the other similar projects, it felt unique and caring. A very personal approach was used. We wanted the people to have a great time – it was a User Experience meet-up after all. 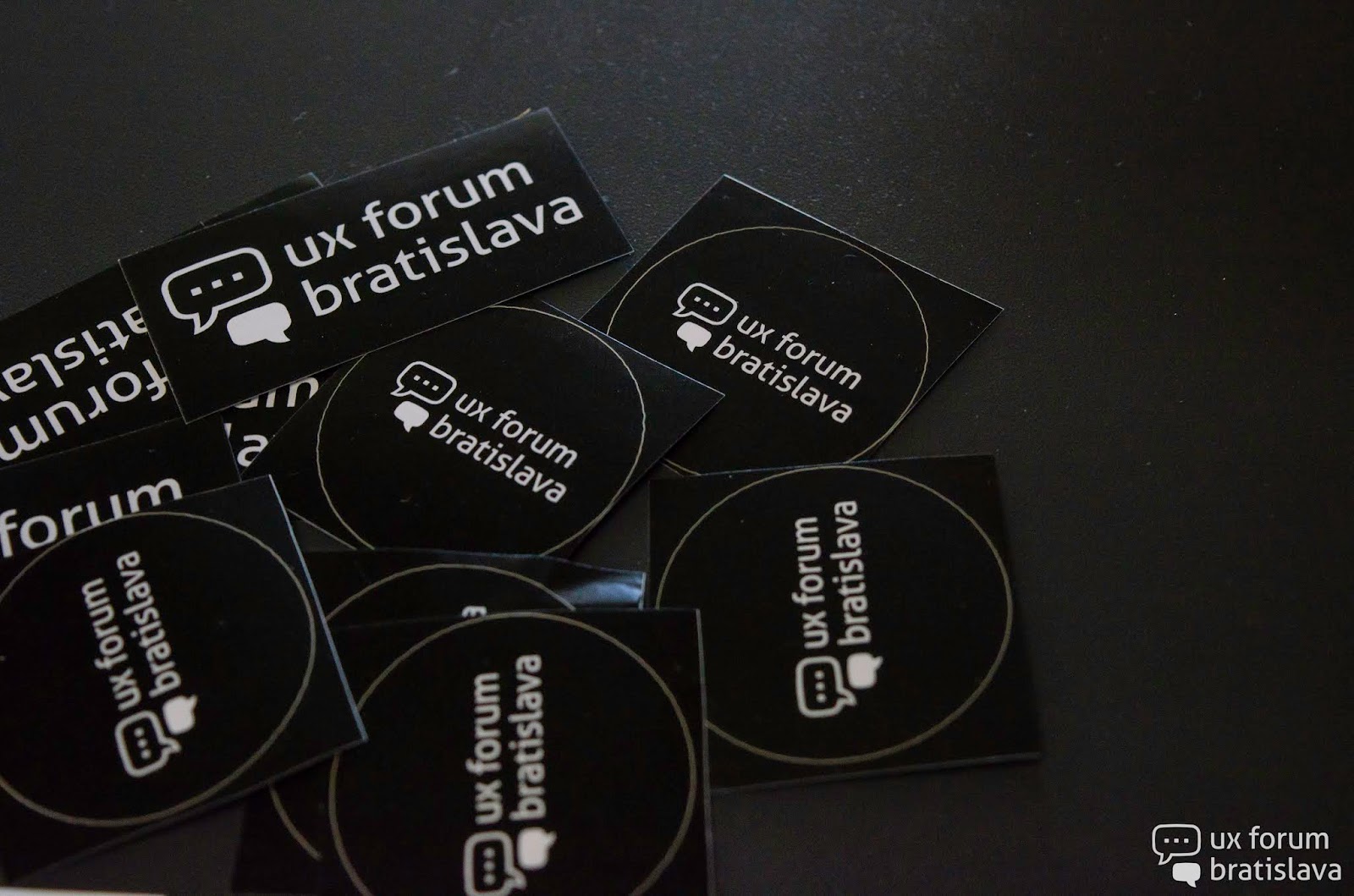 It would not be fair to omit the problems we faced. We were mostly inexperienced in the roles we held. I had very little experience leading, organising or managing people. Our graphic designer had great potential, knowledge and ability, nevertheless, it was the first project of such a scale for her as a graphic designer. Our copywriter was an enthusiast and not yet professional in the field either. The forth member was a Project manager who was very good in managing development projects and helping people in his team.

There were points of high stress and there were times I made some bad calls that snowballed into bigger problems. I cannot speak for others, I can only admit the mistakes I made. There was time when it looked like we are not going to make it, so I started looking into different ways of approaching the branding. It did not pay off and it angered our designer – a friend of mine. It created big tension and proved to be a problem.

There were many small hustles and disputes that we had to overcome. We were trying to be proactive as much as possible and nitpick every single thing. We were trying to anticipate the problems just to be surprised by them at the end. But such is life, we learned and adapted.

Even though the meet-ups were for free and we wanted them to be for free, we needed to get people interested and bring them there. We prepared for a three-week-long marketing campaign. Once the event got published it took 3 days to be completely booked out. Our three-week-long campaign was not needed and we swiftly had to shift towards explaining to people that not all hope is lost.

With support from our sponsors, we were preparing to record videos of the talks, so that they will be available after the event as well. It proved to be the right call as the videos received positive feedback.

With three weeks to go, we started preparing for the event itself.

With help of another supporter, we baked huge amount of cakes, we prepared for every little thing we could possible think off. We checked the weather and realized how shitty it was. It was snowing, it was windy, it was bad. 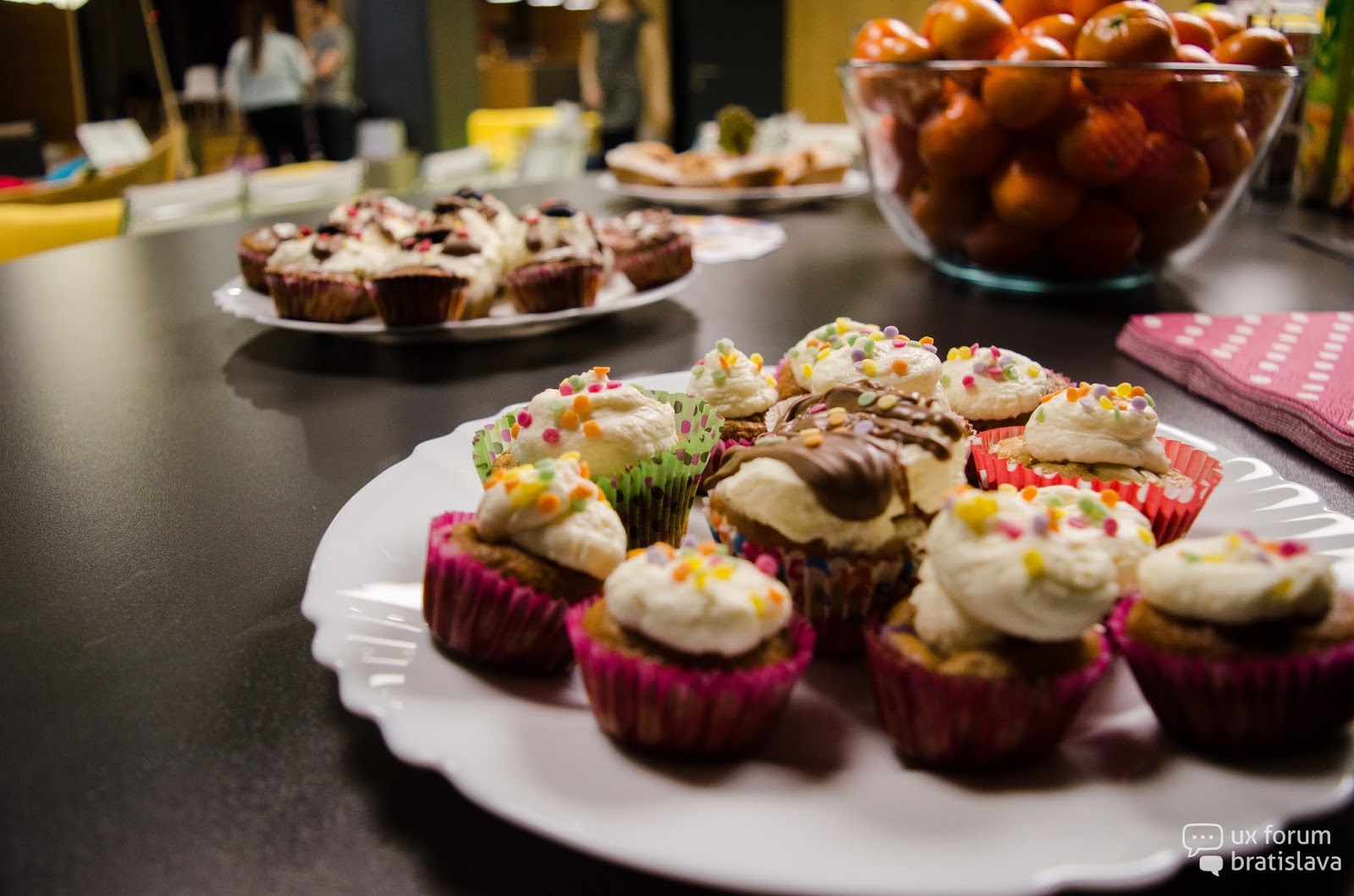 We came to the venue and waited. It was empty. I was standing there watching the snow fall outside the window and wondered if any people turn up. 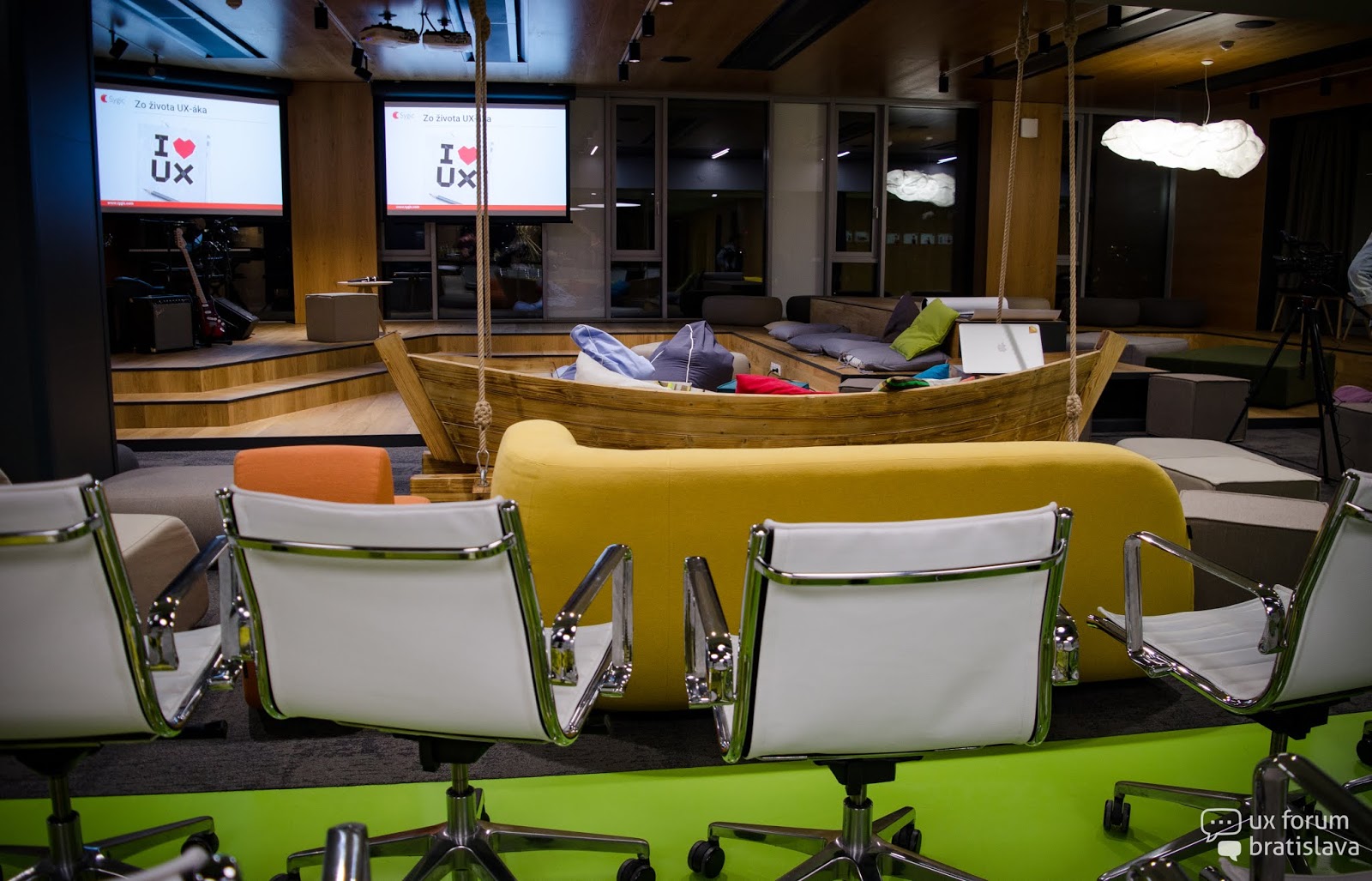 Time was passing by and some people started showing up. They were mostly my friends who came there to support me. It was 20 minutes before the event and I started being extremely nervous.

Skip forward 20 minutes – the room was full. People were not only sitting in front of the stage, they were sitting beside it. The whole place was packed. We introduced the event and gave word to the speakers. 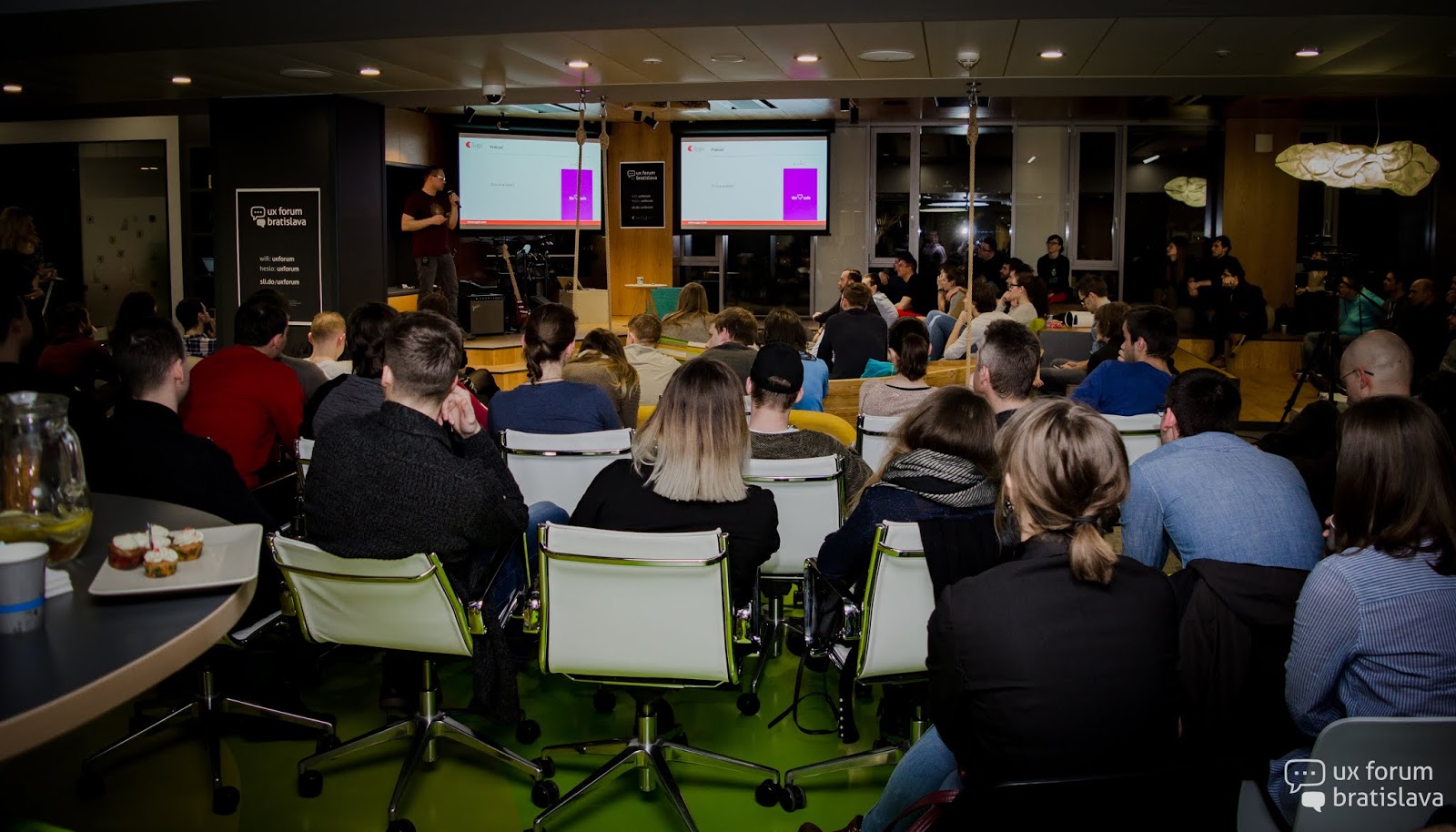 After the talks, there was networking with catering, cakes and tons of actual chatter. At some point the lights went off. The only source of light in the room was the moon. It might sound romantic but it is not an optimal setting for a meet-up. Then something amazing had happened – nobody cared about the lights. People did not even twitch, they were involved in an interesting discussions, they did not need the lights, they were having a fun. 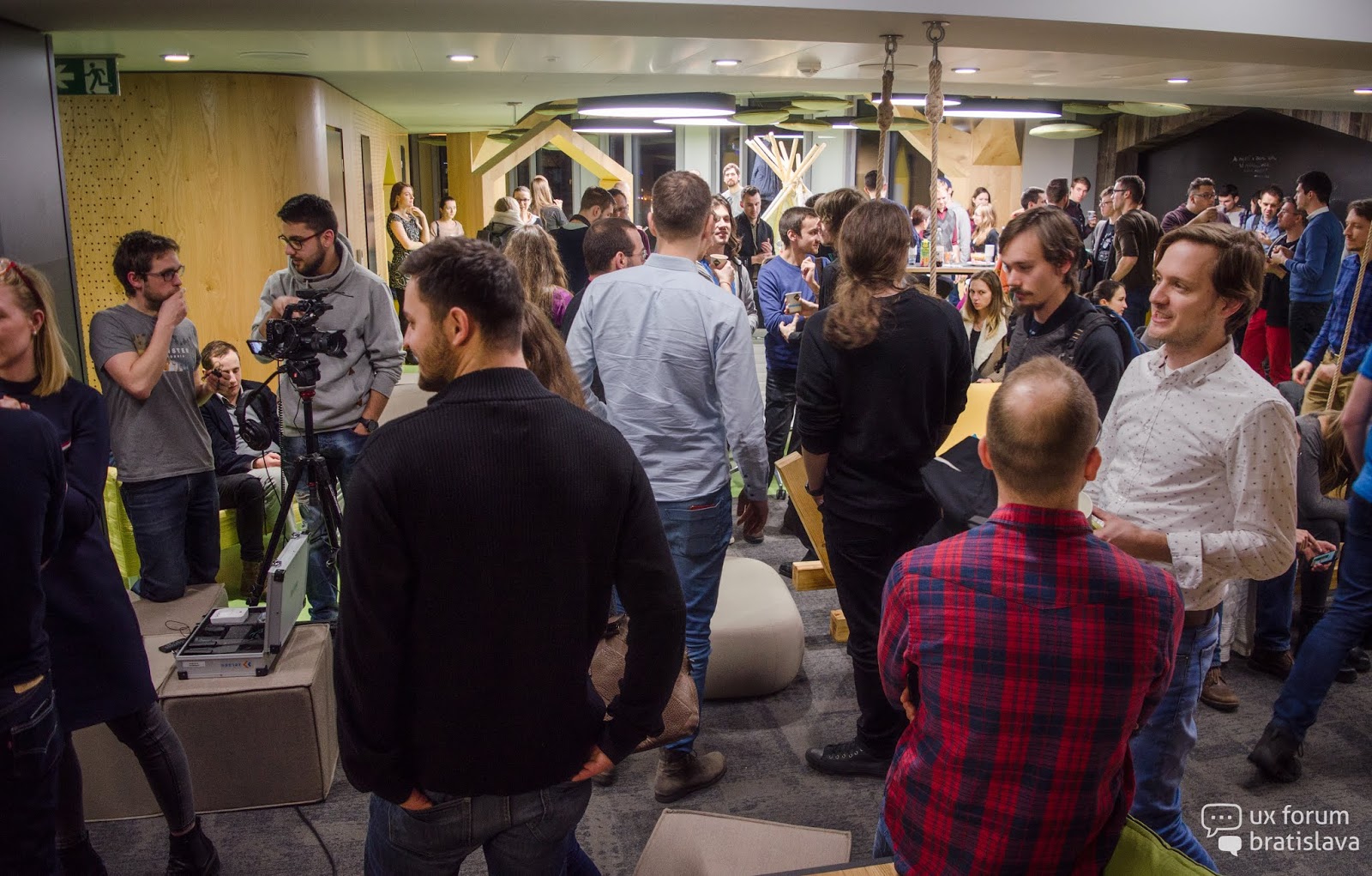 We received very positive feedback. The talks were successful and the event was praised heavily. The meet-up was even mentioned by the attendees giving talks at other events as a good source of knowledge. It was amazing feeling hearing about our own meet-up being talked described as such by people who were genuinely happy.

We all learned a lot. We all went from participants and bystanders to organisers. And most importantly, we all worked as a team.

With all the problems, all the stress, all the sleepless nights, I realized one thing – we were successful because we were a team. Every time there was some problem, we dealt with it. We supported each other. We brainstormed together. We relied on one another.

If I were to do this alone, it would have never have happened – and I would most likely go insane trying.

I learned that the most important thing when it comes to successful project is to have a brilliant team of people who all care and help each other.

I would like to thank all of them and everyone else who helped with this initiative – it happened and exists because of you. The audience and community attending the event also shape it. I am grateful for all of those who come to attend the talks and networking, and for all the feedback they provided.

The UX Forum lives on and we are organizing new talks in Bratislava almost every second month.