Workshops for students of secondary school

Some time ago I had the opportunity to organize workshop for students of secondary school. Topic was open, so I decided to talk about UX and design. Challenge was that non of these students came to that school to do design, they were studying networking (internet, routers, switches...) So I had to ask myself, what should I do to reach them and what knowledge would they benefit from in their roles?

This workshop was part of event with goal to motivate students and teach them something new they might not get from their school otherwise. We went there as organization Nation of Technical Excellance (or simply NTE) which believes in importance of education and as such is organizing various events to make learning a lot more fun.

We went to secondary school in Handlova (Slovakia) which teaches networking and produces lot of people with Cisco certificates. Even though it is not really my cup of tea, I was not the only one doing workshops. The other one was more tailored for these students. But I still felt positive about bringing some real value. 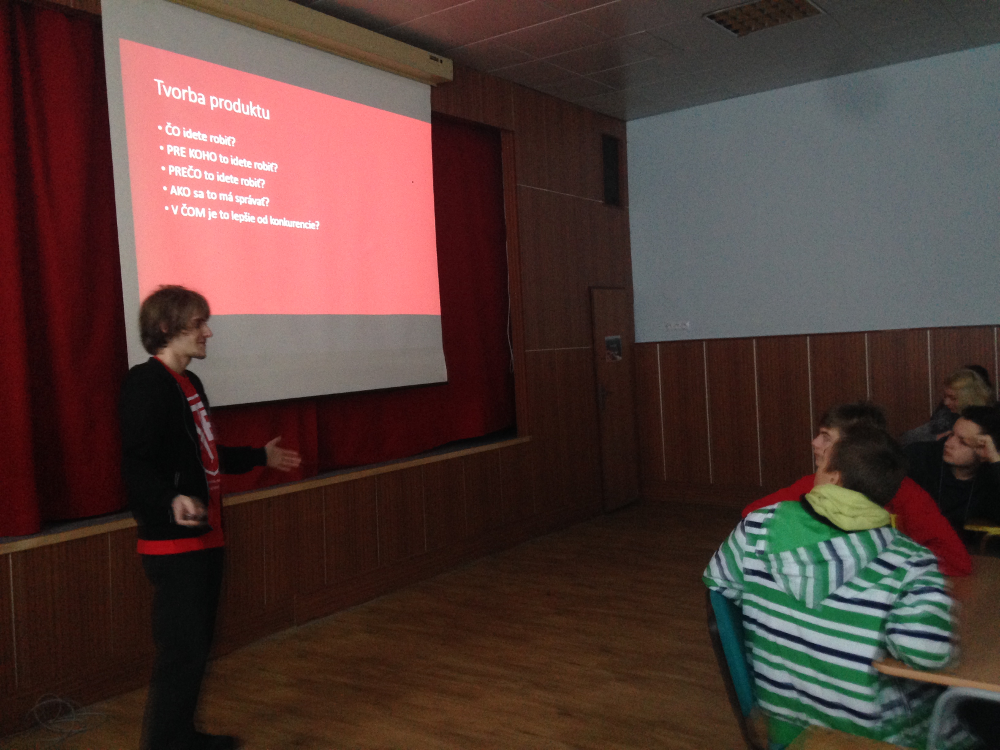 Few of the students had done some programming and might follow that career after finishing the school, rest would most likely go on to become network admins, network architects, etc. I wanted to teach them something they could use in future whatever path they choose.

I looked back on all the issues I mentioned in this blog and I came to conclusion that the biggest issue with creating any product is the planning phase which seldom exists in real world. At least in the places I move in and these students might end up in as well. Armed with the knowledge of the issue, I set out to remedy it.

I broke the activity into four blocks: 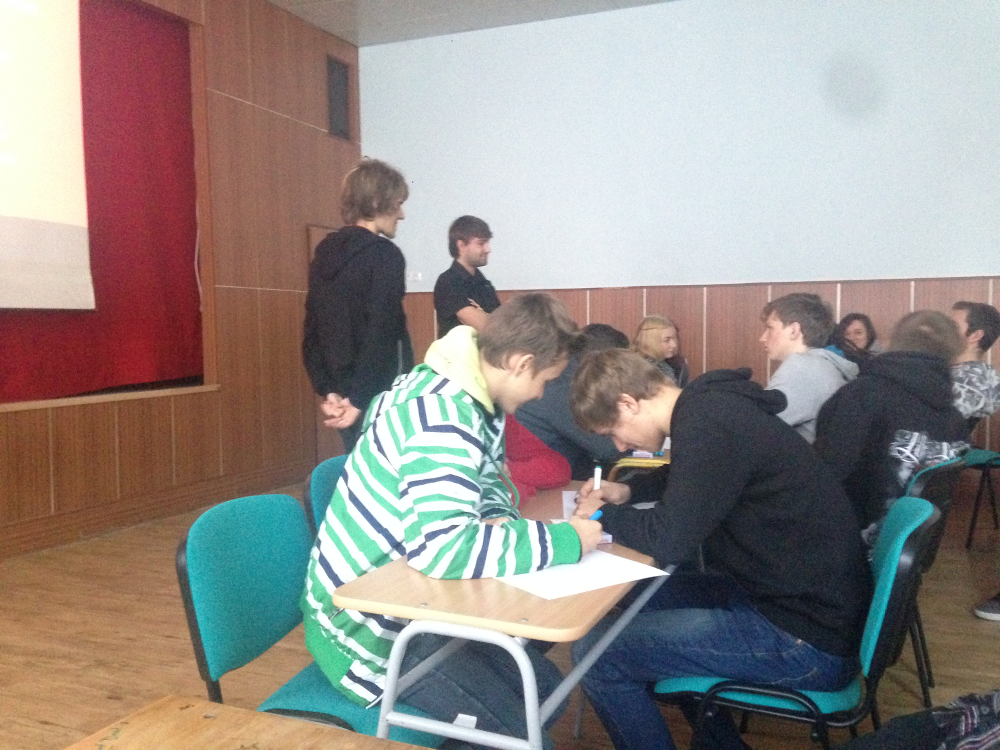 I wanted to get this point across. Although it was extremely difficult and I most likely did not succeed entirely as I wanted to. Nevertheless I tried to do my best and my assistant tried as well x)

I had assistant who was acting as a teacher, a person of interest, potential customer of a website the students were supposed to design. The goal of this activity was to figure out what should be on the site. I have to admit, this was huge freestyle for all of us. We didn't really limit the students in any way.

They could make page about themselves, something like a CV to show their potential. For this, they would have to figure out what is the teacher interested in knowing about them.

Or they could find out what teachers are interested in and make website for them, e-shop with their favourite objects, news page with topics they like to read about. Assuming teachers like to buy stuff online or they like to read. Once again they needed to figure out what is going to be the product.

Although this might seem little controversial - not having any clear vision before starting the designing process. But then again it prevents the problem where you box yourself in an idea even though research shows it is not good one. I could have made up a topic for example "make e-shop". And it might have turned to be worthless effort because my teacher would for say he never buys stuff online. So even though I had some restrictions in my mind, I never really put them in the use.

It was simple. Find out something user will find useful.

Problem of this part was the inactivity. Lack of questions, shyness. And when the questions started pouring in, they were very subjectively based: "Do you like to read?", "What colour of the background would you like?". I had my assistant lie to these questions. Hypothetical example of such lie: If asked if he likes to exercise, he would say yes. And then if asked what is the last time he exercised, he would say couple of years ago. Which would imply he doesn't really like to exercise. But such is life, people lie. I wanted these guys to be ready for that. Second part was brainstorming ideas. They had some knowledge, usually from various domains. Therefore they had lots of opportunities and possibilities. It was up to them to pick something and make it. 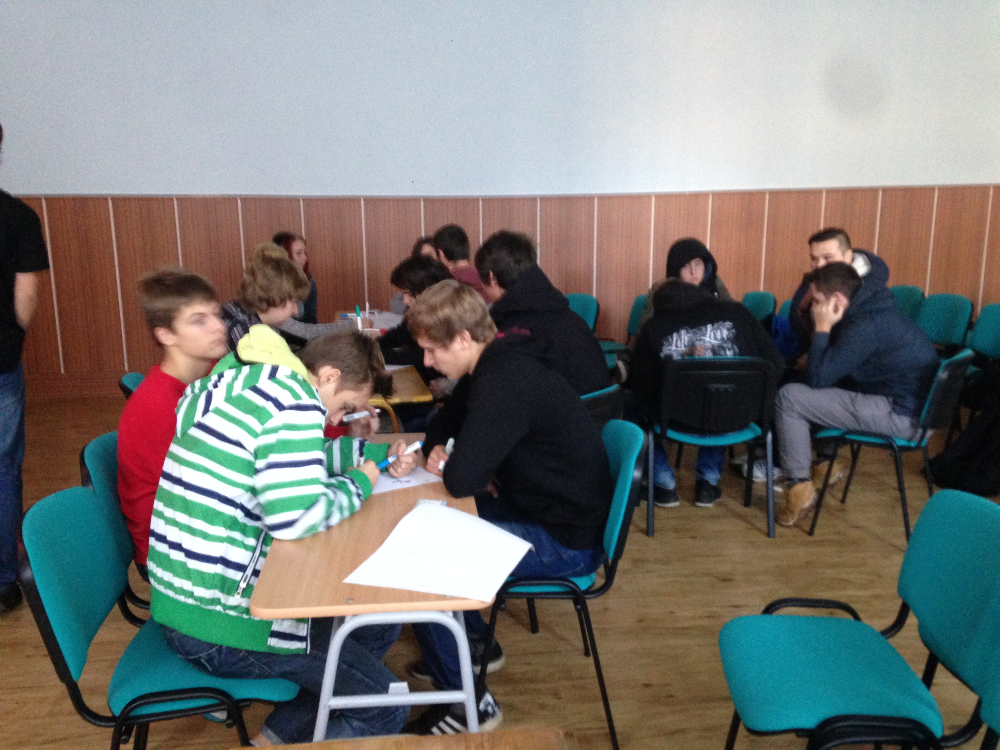 Even though some of the people started to sketch designes during brainstorming, this was the official time for it. There were some outcasts which wanted to leave badly. Hey, its students in puberty who don't give a damn. I don't really blame them. I am happy there were those who tried and shown effort.

Beside some people not giving a damn, this was rather successful part. I brought big papers and colors cause I figured they will like to draw. Who doesn't like to be a kid? 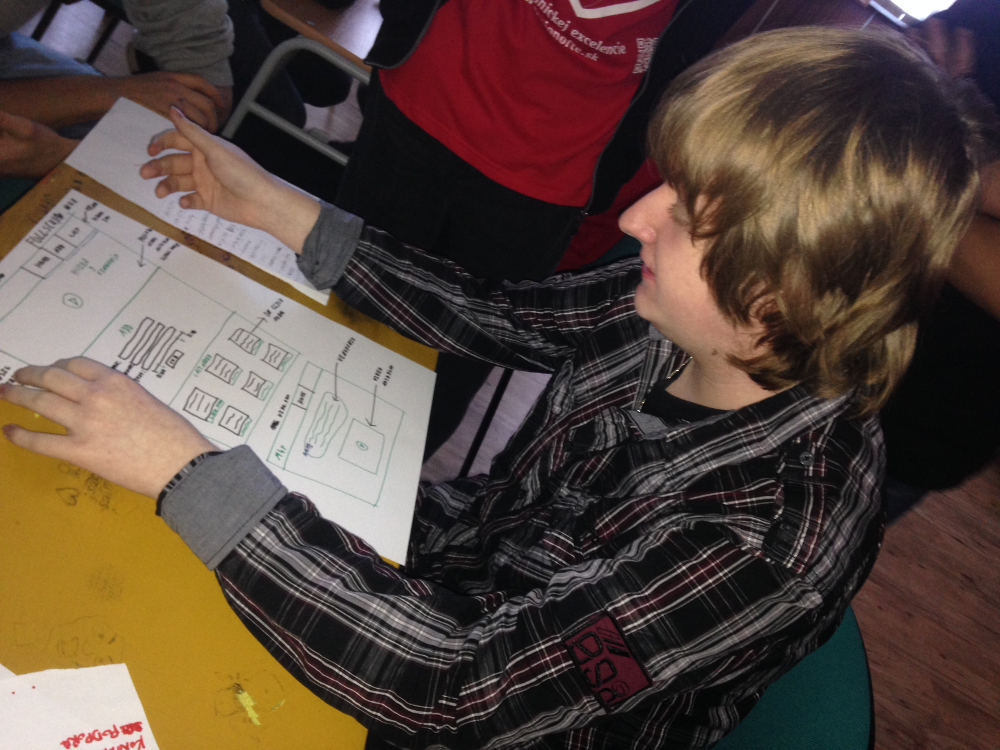 This was not a real forth part. It was still third part with addition. I provided some feedback and started messing with students asking them what was the benefit of their products. I asked my assistant to try to navigate those websites and say what he would click to see specific things. Lots of usability issues was uncovered this way. And students needed to rethink and redraw their design to make sure user will be able to use it.

Those who managed to create usable pages with meaning started to create second pages from different domain. All in all, watching students add these final touches was pretty satisfactory to observe. They had fun, they learnt something and those that were bored left already in previous parts. I am happy that I attended this workshop. I managed to find a way how to teach those kids something even though it might not matter much to them at this point. It could make a difference in future.

I used fun activities like drawing to get their attention. I focused on really major steps of designing: research, brainstorming and sketching with criticism. You should never create something without doing you homework, you should never just do the first thing you thought of and you should never get angry at someone giving you constructive criticism.

Each workshop took something under hour and a half. And each I would call a success.